It`s not unusual for a parish priest to receive anonymous mail. For a while, at the end of last year,  we had anonymous letters at St Wilfrid`s, on a weekly basis with a £5 note included. At other times I`ve had long religious ramblings or photocopies of newspaper articles. Last week I got a poem from a Mark Jones. Not expecting to find anything, a Google search produced more than I expected. Mark Jones is described as a `Banksy-style poet` who sends his poems mainly to hairdressers but also to churches it seems. They all end with `Keep your chin up. Keep smiling`. Here is today`s, which is the second I`ve had. 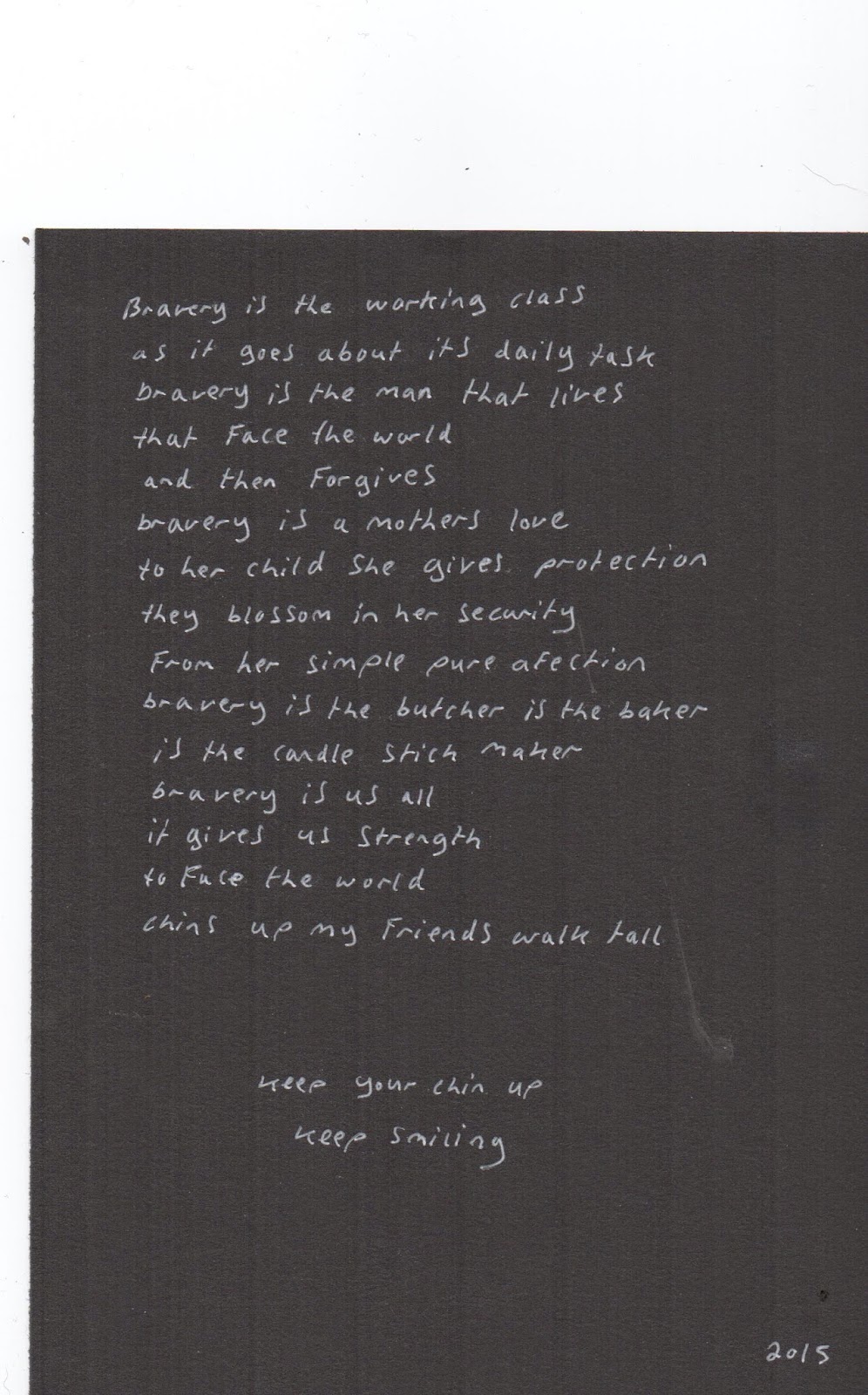 A hairdresser in Newcastle has also had these poems recently. Rather heart-warming and something to look forward to when the post arrives!
Posted by Fr Michael Brown at 17:39