I`m glad to be able to say that despite illness and a shortage of available clergy we are able to go ahead with the annual Solemn High Mass, procession and Benediction of the Blessed Sacrament at St Joseph`s for the feat of Corpus Chrisi tomorrow nnght at 7. All welcome. Refreshments afterwards in the Ingram Hall.
Posted by Fr Michael Brown at 19:47 No comments:

Word has reached Gateshead of an interesting event on July 10th in Durham. The Centre for Catholic Studies is hosting a conference entitled Catholicism, Literature, and the Arts II: Legacies and Revivals. So far so good. I`ve never been to any of the lectures organised by the CCS as they are generally held at Ushaw at 5.30 which is not a great time for getting through the traffic from Tyneside and we are well-served at this end of the diocese by the annual programme of talks organised by the North East Catholic History Society.  However here is the overview of the conference:

This second biennial conference will explore key questions concerning the relationship between Catholicism and the arts, including literature, music, and visual art. What substantive relationships of conceptual and formal influence exist between Catholicism and the arts? Is there such a thing as Catholic literature, Catholic music, and Catholic art? If so, in what ways does their catholicity reside in relevant ideas, attitudes, values, and beliefs?

All well and good but not likely to get me running down the A1. However the final event of the conference raised the eyebrows. The draft programme is here.

3.30pm-5.00pm Celebration of a Missa Cantata, using Charles Newsham's setting (ticketed event) With special thanks to the University of Notre Dame Centre for Ethics and Culture for their generous support for this event, as also to the DU Centre for Nineteenth Century Studies for their assistance

Not sure why the Mass should be a ticketed event but Option H for registration allows attendance at one conference session and the Mass for £20.

This is said to be a cultural event and not a traditionalist one. I don`t think they know traditionalists very well if they think they can make that distinction.  However as this is to be a historical re-enactment with music written by Mgr Newsham, a 19th century president of Ushaw, then surely it should not be a Missa Cantata. I`m confident that a sung Mass at Ushaw in the 19th century would be a Solemn High Mass. It was my privilege to have celebrated such a Mass at the LMS training conference held at Ushaw in 2010. Nonetheless it is interesting that a conference of this sort is experimenting with the Extraordinary Form. Who knows there may be a James Baxter moment for one or more of the participants?! (See previous post.)

So hope all goes well with the Mass for Fr Adrian Dixon and all who participate.

Today we said another goodbye: James Baxter was here for his last Sunday. In September he will start his formation as a seminarian with the Institute of Christ the King in Gricigliano. James first experienced the Extraordinary Form Mass here at St Joseph`s as part of a group expedition from the Newcastle university Catholic chaplaincy who came one Sunday, led  by the then chaplain, Fr Dominic White OP, to experience the traditional Mass. James liked it so much  he came back and got involved. It was fortunate he was here today as our regular organist took ill and so James, an accomplished musician, stepped in. Below is his own account of journey so far. As you will see, this is part of a gofundme page as seminarians are expected to contribute to the cost of their training. The link for donations is here.

So we will miss James at St Joseph`s but look forward to hearing about his progress and hope he will come to visit to keep us up to date on his progress!

Hello. My name is James Baxter, and in September I will be joining the Institute of Christ the King Sovereign Priest (ICKSP) seminary in Gricigliano.

I’m 22 years old and from Bradford (West Yorkshire). I will shortly graduate in Linguistics from Newcastle University. My time at university has taught me many things, but most importantly, it was there that I encountered Mass in the Extraordinary Form. Then, during my year abroad in Spain, I met the Institute, and I have spent a significant amount of time over the past year in the House of Discernment in Preston. Here is a picture of us in recreation: 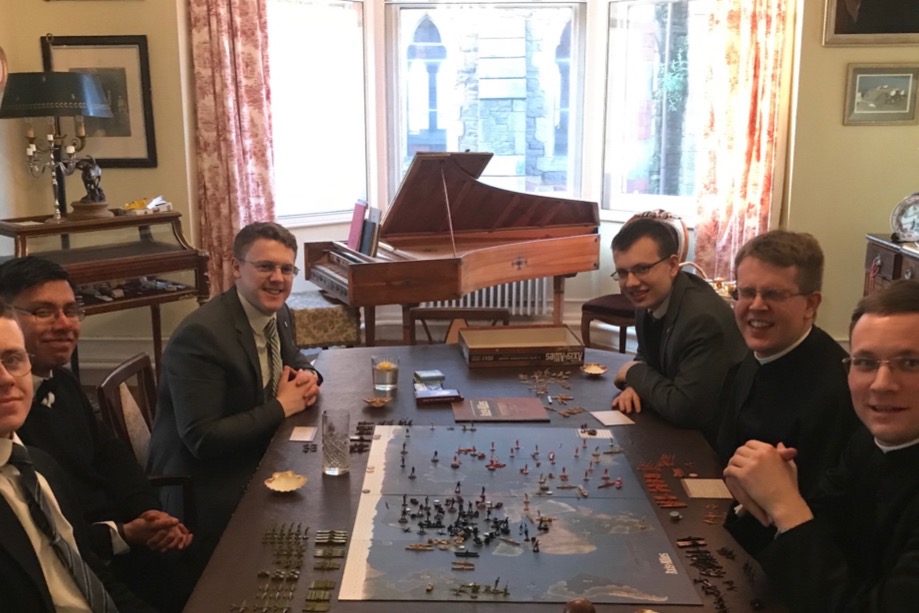 Having spent time there, I will commence studies at the seminary and continue to discern my vocation to be a priest. Formation consists of one year of spirituality, followed by two years of philosophy and four years of theology. In addition to the intellectual development, much of the time is dedicated to physical and practical works, ensuring that future priests are down-to-earth, hard-working and humble. Here is another picture of me serving Mass. I am the Acolyte on the far left: 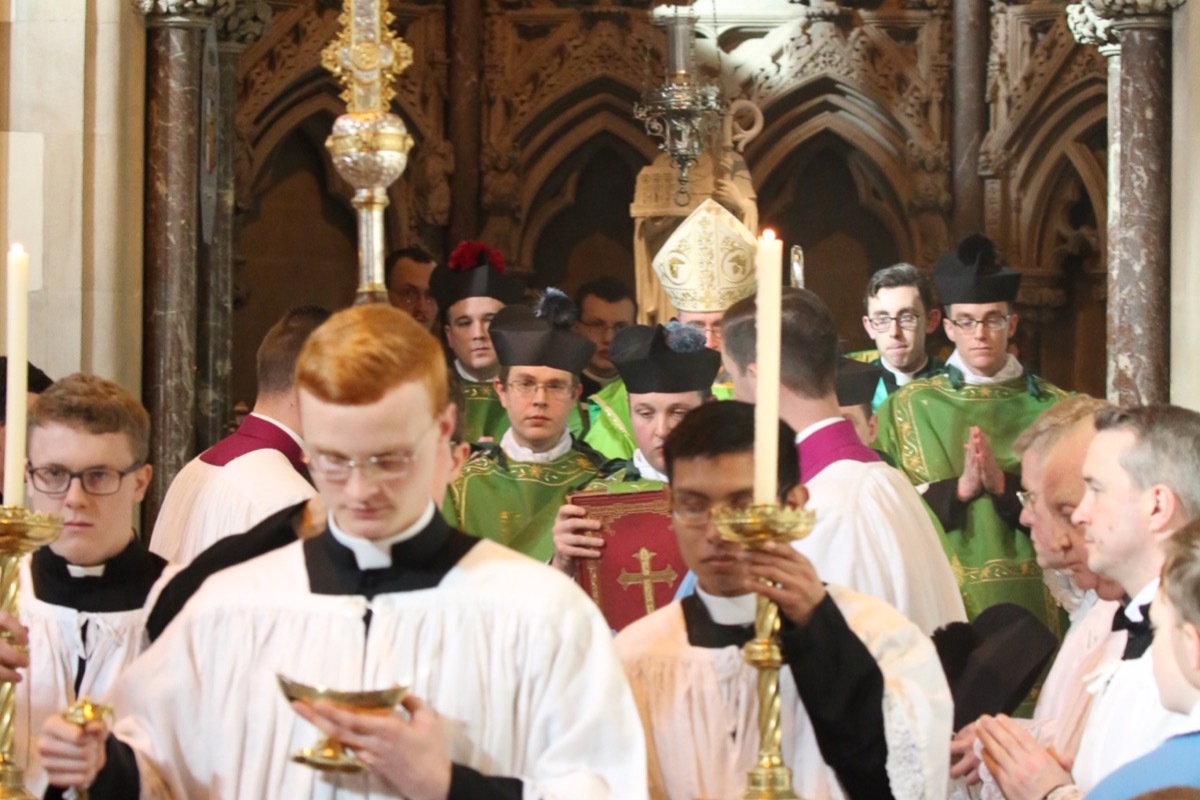 The Institute is not a religious order, and so, as with other seminaries, the seminarians of the Institute are asked to fund their own priestly training and basic necessities such as books, cassocks, other clothes, and transportation costs. Unfortunately I do not have the means available to finance my studies and the other aspects necessary for seminary training.

The seminary fees are approximately €8500 (or £7000) each per annum, and the studies last for seven years. So I would be most grateful for any material support you are able to offer. I also greatly appreciate your prayers, and you can be assured of mine.