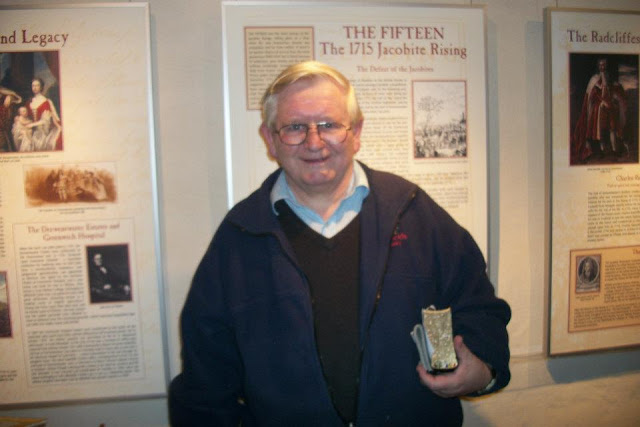 It was with great sadness that I heard about the death of Terry Midddleton by heart attack, on Sunday. He was 74. Terry was a member of the Latin Mass choir and concerns were raised when he did not appear for Easter Sunday Mass.

Terry has been a great support to me and I`m missing him. He was often the first to comment on the posts on this blog as 1569 Rising. Terry was very knowledgeable about the Rising and was scheduled to give a talk to the North East Catholic History Society in October to commemorate the 450th anniversary. He taught genealogy and was proud to have traced ancestors who took part in the Rising.

Terry sang in the choir here for the Extraordinary Form and also was regularly here for Low Mass on a Saturday morning when we would discuss the articles in the week`s Spectator magazine. He had served as a Conservative councillor in Gateshead and stood once for parliament in Berwick. I`m not going to say too much more lest I say everything I`ll be mentioning at his Requiem on May 13th but one of my favourite Terry stories was that he was asked to  leave Ushaw seminary because he `had too much personality` to be a priest!

I`m sure we`ll be able to give Terry the Requiem he would love. Condolences to his daughter Emily  of whom he was immensely proud.

May his soul and the souls of all the faithful departed rest in peace. 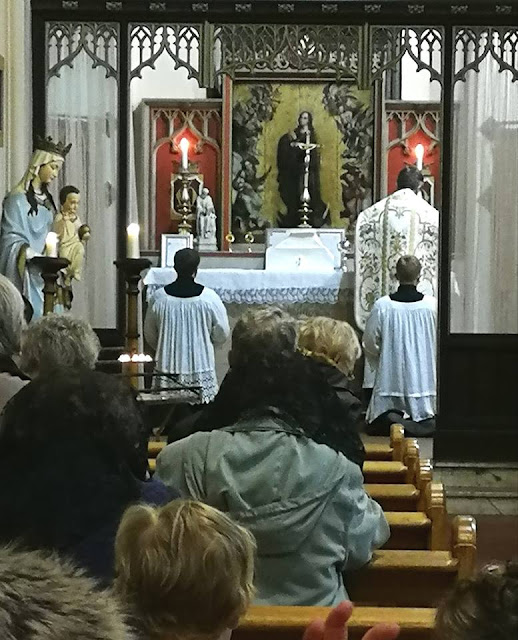 After the installation Mass for bishop Byrne last Monday, I had a Low Mass for the Feast of the Annunciation, in the evening. I hadn`t thought to have this originally but I was asked on the Saturday before if there would be a Mass and so I said yes. I was expecting about six people and so suggested we use the Lady chapel for the Mass. To my surprise and delight we had twenty-two people which made it a bit crowded in the benches on the chapel size but it made a lovely ending to a momentous day.

Meanwhile in the other aisle, St Joseph has been in his best cope since his feast until yesterday. 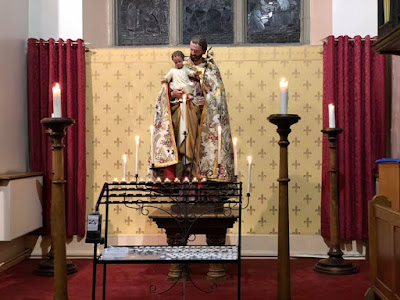 There have been a couple of other additions to the church`s statues of saints which I`ll add soon.
Posted by Fr Michael Brown at 11:20 No comments: