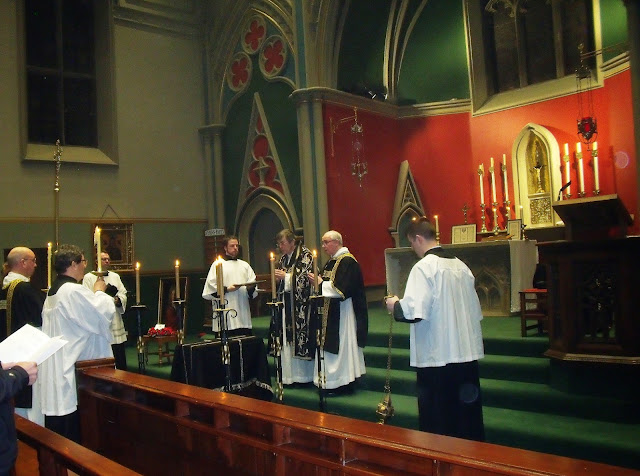 All went well on Wednesday night with a good turnout of 60-80 people. It was quite something to hear a parish choir singing a five-part Requiem.Dr Leo Gooch gave a summary of the life and times of the earl before Mass. I only spotted four white roses of the Northumbrian Jacobites! However it was a great occasion and many thanks to Fr Warren for hosting the event.
Posted by Fr Michael Brown at 14:17 1 comment:

From an old Roman Catholic family, with their seat at Dilston, Hexham in Northumberland, James Radcliffe was the eldest son of Lady Mary Tudor, an illegitimate daughter of Charles ll, and Edward Radcliffe, 2nd Earl of Derwentwater. At the age of thirteen he was sent to Saint-Germain at the request of Queen Mary, widow of James ll, to be a companion for the young Prince James Francis Edward.

Here he was tutored at the Jesuit College of St Louis le Grand in Paris. Inheriting the Derwentwater Estates in 1705, he returned to England four years later and took up residence at Dilston, becoming a prominent figure in Northern society and a focus for Jacobite support. He was noted for being a man of great charm and kindness, and was highly thought of by friends and tenants alike. In 1712 he married Anna Maria Webb, a Catholic heiress, and left Dilston for a period of two years to live at Hatherop in Gloucestershire, a property belonging to the family of his wife. During this time, the old manor house of the Radcliffes was being rebuilt and transformed into Dilston Hall, a grand and stately mansion, more befitting the needs of the fashionable young Earl.
Returning here with his wife and baby son in July 1714, it was only one month before Queen Anne was dead and George of Hanover was established on the English throne. Jacobite unrest broke out and gradually became widespread. By the following year plans to restore the exiled Stuarts by force of arms were well underway. The Earl was a key player in the 1715 Rising in which he took an active part.
After surrendering at Preston, he was attainted and condemned to death. Attempts to win a reprieve were in vain and he was beheaded on Tower Hill on 24 February 1716. His remains were secretly conveyed north for burial in Dilston Chapel. As the cortège bearing his coffin reached the outskirts of Durham City, the skies were spectacularly lit up by a brilliant display of the aurora borealis (the Northern Lights).
It was immediately rumoured that this was an omen of heaven's wrath at the death of the gentle and popular Earl. The lights were afterwards known in the north of England as 'Lord Derwentwater's Lights'. With this superstition the Derwentwater legend was born, and the dramatic and tragic events of the Earl's short life were soon firmly entrenched in Northumbrian folklore.
Posted by Fr Michael Brown at 10:58 2 comments: 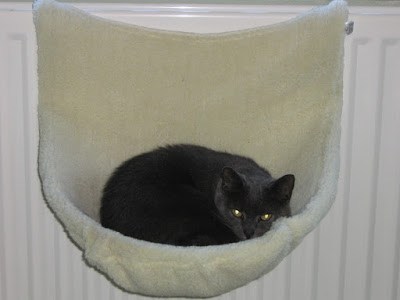 Sad to say, my oldest cat, Arcady died this morning. Last night I discovered all his legs were useless. I gave him water on a spoon and he gulped it down. Then this morning he wanted no more water but had a couple of slices of beef. I took him to the vet who said there was no hope and that pain, toxins and kidney trouble had got the better of him. So after saying goodbye I took him to the garden at St Wilfrid`s where he spent his first ten years and buried him with his brother, Mico, who was killed age 3 in 1999. He`s very much missed already.

There will be a Solemn High Requiem Mass in the Extraordinary Form, to mark the 300th anniversary of the execution of James Radcliffe, third Earl of Derwentwater and a leader of the 1715 Jacobite rebellion for the restoration of the Stuart monarchy, at St Mary`s Catholic church, Hexham on Wednesday 24th February at 7pm. The choir will sing a five part Requiem by Morales. Dr Leo Gooch will give a short account of the life of the earl immediately before Mass  and it is hoped that members of the Radcliffe family will be in attendance. After Mass a wreath will be laid and a retiring collection will be taken for the restoration of `The Radcliffe Cross` in the forecourt.

Tea and biscuits will be served afterwards.
Posted by Fr Michael Brown at 14:35 2 comments:

Today I gave a talk to the priests and deacons of the southern end of the diocese about Mitis Judex as part of a study day on marriage. I mentioned that the world of canon law is asking one question at the minute: how do I get the Sussidio? ( Nothing to do with Phil Collins: that was sussudio)

Since the beginning of the month we have been told the Roman Rota has issued a 72 page Sussidio applicativo  giving insights into the correct application of Mitis Judex. It was said to have been sent to bishops ( for their new role as judges in the briefer annulment process?), it was said to be on sale in Rome but no-one could find it, there was no mention of it on the website of the Roman Rota. Then today as I finished speaking I couldn`t believe my eyes as our chancellor handed me a copy. I`m doing the same talk tomorrow for the northern end of the diocese but I doubt I`ll digest 72 pages of Italian by then! 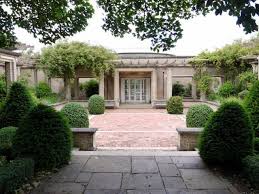 I know it`s hard to believe today but there was a time when Jarrow, under St Bede (672-735), was at the cutting edge of learning in theology, history and science. Jarrow hasn`t forgotten and in 1983 there was created a visitor attraction `Bede`s World` which celebrated the Christian and Benedictine heritage of the North East. School parties would go and dress as monks to learn about the life and see the recreation of a Saxon settlement and farm. Adjacent is the church of St Paul, attached to Bede`s monastery,  whose chancel dates to 681 and in which there are pieces of Saxon of stained glass.I had thought of organising a Latin Mass in the church as they seemed open to the idea). It offered an interesting introduction to the Catholic and Saxon heritage of the North East to its visitors. (However I could never understand why the otherwise faithful display of the monastic horarium made no mention of Mass.) 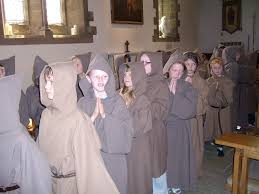 It was a good place to take visitors.

Sadly on Friday last week it shut its doors. This was a surprise as it came without warning. A funding shortage was blamed. A campaign has begun to save it. I hope they succeed. Even Billy Bragg wants to save it.

The other Bragg, Melvyn,  has said;

“What is totally depressing and gives no service at all to this generation and offers a bleak inheritance to the next generation and for generations to come is the regularity of hundreds of years with which London has kicked the North in the teeth.”

This is an amazing new church built with the donations of the faithful, in Moscow. I can`t imagine the Catholic Church in England producing anything like this today. 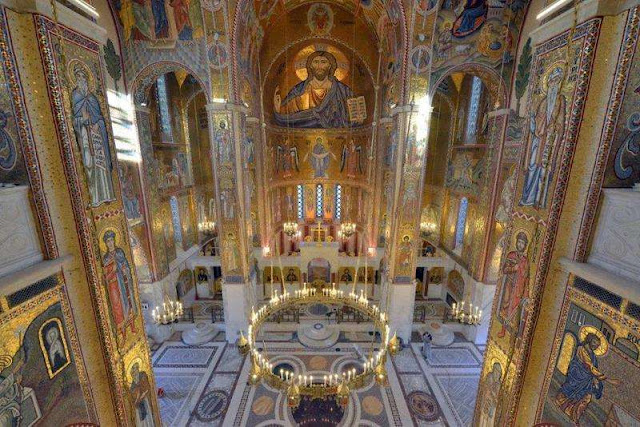 It is the church of the Protection of the Mother of God at Yasenevo. There is more to read and see here. Amongst  Catholics, the nearest that comes close to this is the work of Duncan Stroik in the USA. I was particularly interested to read that this Russian church was based on the style of Sicilian cathedrals of the 12th century such as Monreale seen below, as it seems to offer a bridge between East and West.


I know Western church architecture has never stood still ( although the Gothic Revival opted for that direction) but we are all too often confronted with buildings that don`t even seem to try to raise the mind and heart to God. 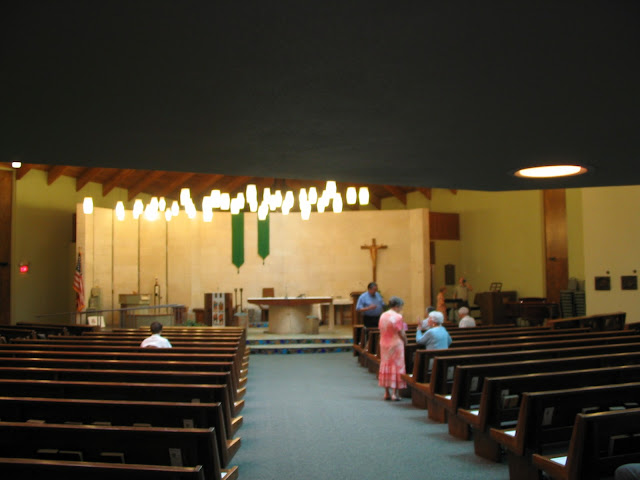 
I can`t see anything but good coming from this.
Posted by Fr Michael Brown at 12:54 2 comments: 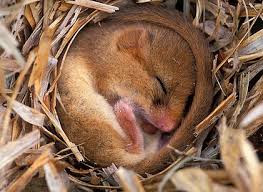 Well the days are getting longer, the sun has been seen for three consecutive days and so it is time to come out of hibernation. I had thought I`d not wake up until after the next conclave but there`s too much to do. So here we go.
Posted by Fr Michael Brown at 11:30 3 comments: