A very interesting book of Ushaw

I don`t know how to copy tweets but yesterday the Ushaw library twitter account featured a fascinating book. A Sarum missal of 1527. The tweet reads:
It is annotated with notes recording how the Mass was banned under Edward VI in 1548, restored under Queen Mary &banned again in 1558-59. ‘The chalice of the Devil’ &the ‘Anti-Christ is being Adored’ has been written on an image of a Papal Mass.

Here are the pictures via a screenshot, although I think I read that they disappear after 14 days. 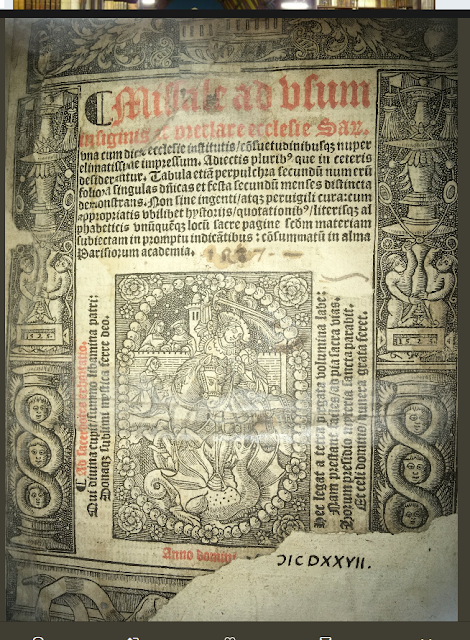 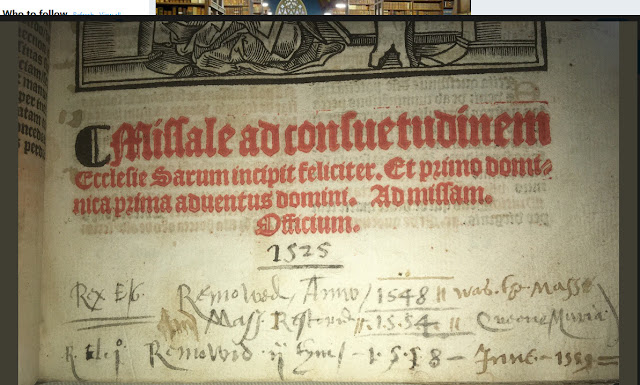 The talk was fascinating although sadly I only heard the last 20 minnutes as the laptop needed to have PoweerPoint installed so Alistair could show his pictures and I missed most of the talk while I was installing it. April 4th for the next talk on James II.
Posted by Fr Michael Brown at 16:54