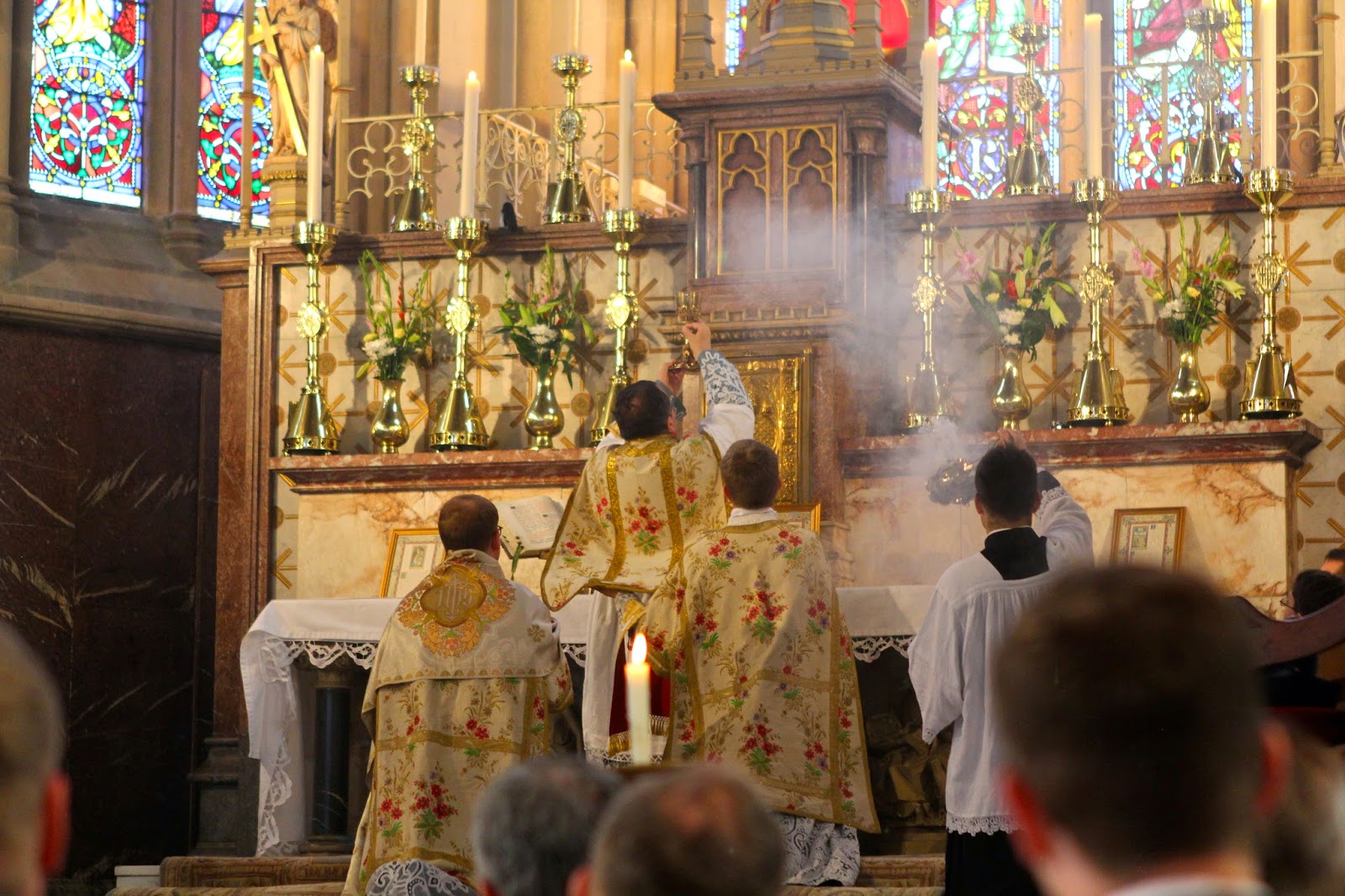 Yesterday I was very glad to be at the inaugural Mass of the apostolate of the Institute of Christ the King at the incredible church of St Walburge. Arriving, uncharacteristically, twenty minutes early, it was encouraging to see this very large church already full. Wikipedia says it seats a thousand. The Mass coram episcopo, was as beautiful as one would expect from the Institute. Thanks to LMS chairman for directing attention to Martin Gardner`s photos.

Bishop Campbell appeared very happy with everything.
It was good to see many familiar faces among the clergy, some of whom I`d not seen in a long time. A number of people knew me from this blog. One lady said I look different in real life. I asked in what respect and was told the real me looked younger. I must find a less haggard looking picture.

Countercultural Father has given an account and an interesting post about the future daily routine at St Walburge`s which looks very good.

So let`s pray all works out well and once it is noticed that neither the diocese of Shrewbury nor Lancaster have collapsed because they have given historic churches to an Ecclesia Dei institute that others may follow suit. Ad multos annos!