When I was at Forest Hall I used to say all I wanted was a fixed main altar and a proper organ. Well there were quite a lot of other things I would have liked, such as a baroque Roman basilica,  but these seemed to me to be essentials and it was hard to make progress without them. The altar at Forest Hall was simply a table-type construction which was not fixed. So imagine my joy when I got sent to St Joseph`s which has both these things. There are some pictures of the church around on the Internet but I thought some more detailed ones may be of interest.

The article on St Joseph`s recounts the history of Catholicism in Gateshead after the Reformation. Much centred round Gateshead House, next to St Edmund`s chapel, on the High Street, which was the home of the recusant  Riddell family. The Riddells sheltered Jesuits in the late 17th century and most of the 18th. Gateshead House was stormed by a mob in 1746. A writer of 1575 contrasted the good Protestants of Gateshead with the people of Newcastle who were virtually `all papists. However when Bishop Williams OP visited Gateshead in 1729 he confirmed 100 people. In 1767 the Papist Returns listed 58 recusants in the Gateshead area. By 1851 the population of Gateshead was 25,570 of whom 3,000 were Catholics, 1,554 of Irish background.

In 1851 Fr Betham was sent from St Andrews, Newcastle to take up residence in St Catherine`s Terrace in Gateshead. For Sunday Mass the top storey of a warehouse in Hillgate was used and interestingly was known as Our Lady and St Wilfrid`s, the dedication of my other parish opened in 1903 on Sunderland Road. After a fire in 1854 the venue was changed to the Long Room in the Queen Head`s Hotel in Mirk Lane until St Joseph`s was opened in 1859.  Fr Betham left the diocese in 1854 to join the Jesuits and was replaced by Fr Consitt. Bishop Hogarth solemnly blessed the church on July 5th 1859. It cost £3,000 and could seat 1,000.

Well here are the pictures: 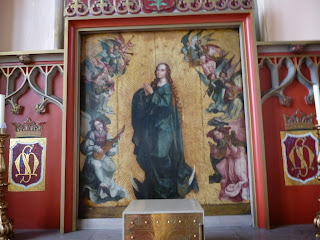 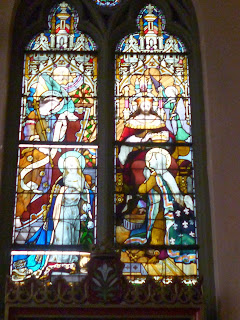 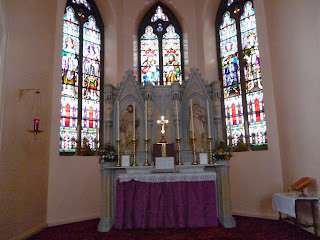 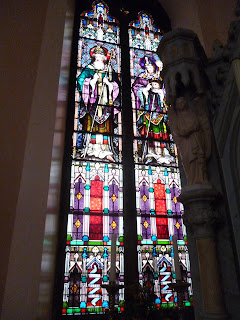 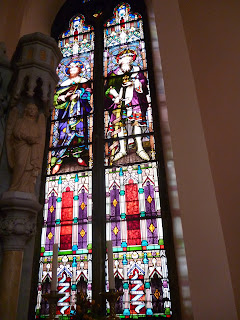 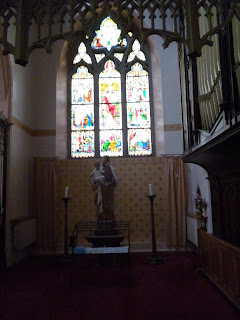 The former Sacred Heart chapel with the seven sacraments window. Detailed pictures below. This chapel used to contain the original altar from Mirk Lane. Parishioners can still remember it being smashed up. 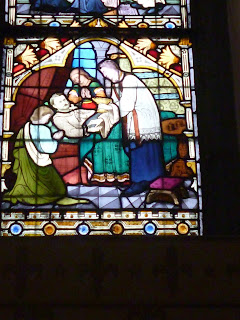 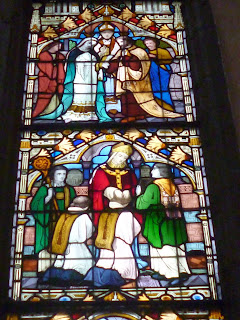 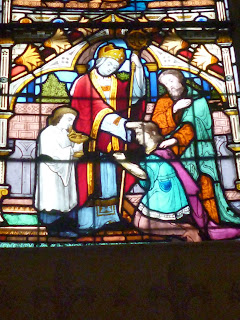 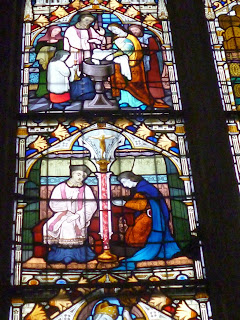 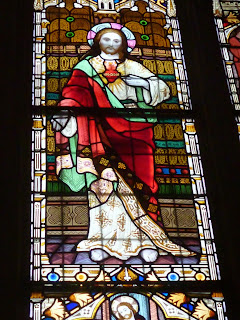 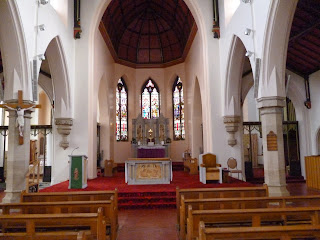