An Extraordinary Day in Leicester 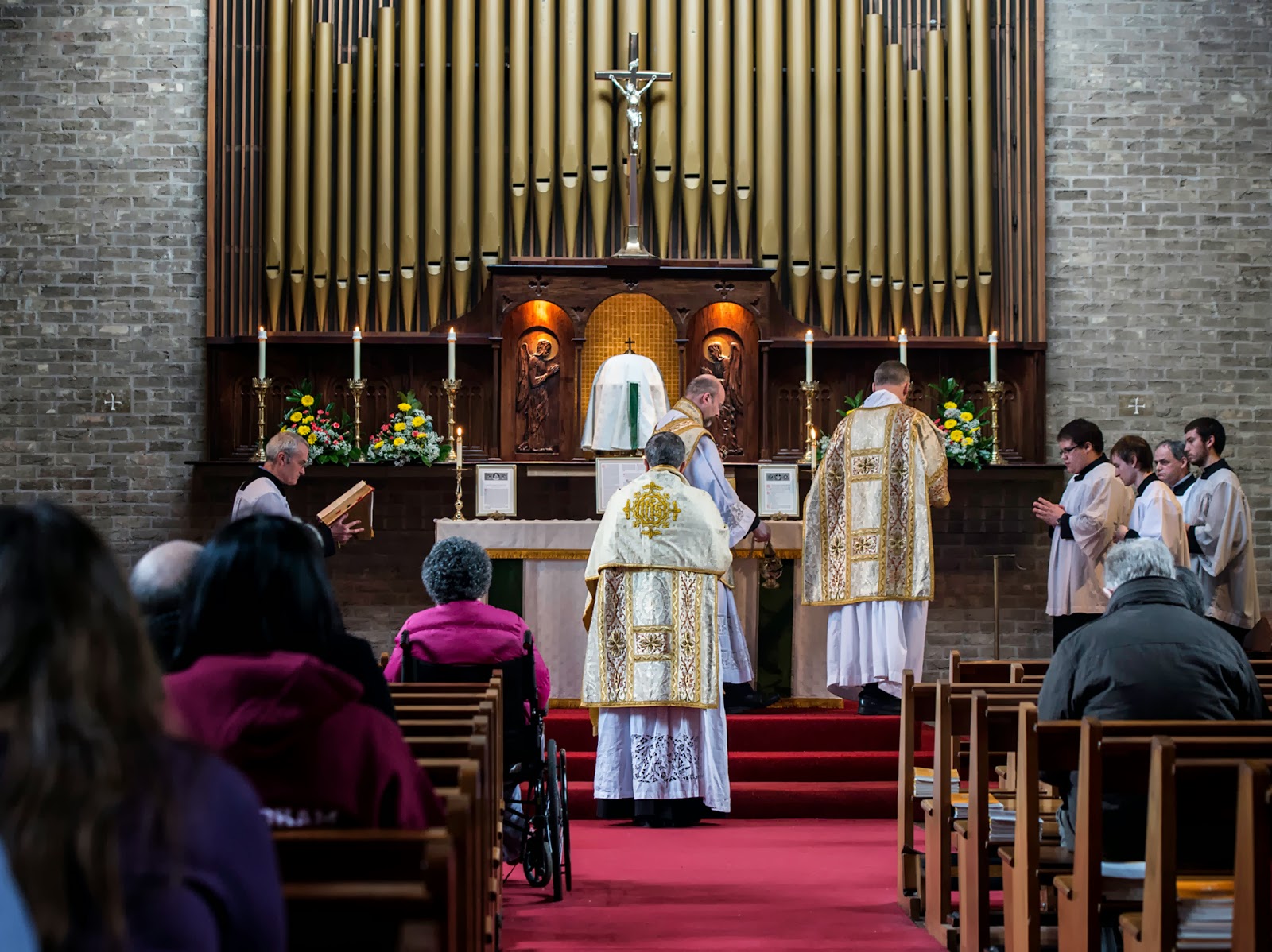 As mentioned in the post before last I travelled to Leicester for Saturday`s day of introduction to the Extraordinary Form. I knew what the format of the day was going to be but had no idea how many people would come. I needn`t have worried: the turnout was amazing. Here is a view of participants in the parish hall.

It was encouraging to see so many young people. Apart from being subdeacon at the morning`s High Mass (where we had an expert MC in Stephen) my task was to offer an introduction to the pronunciation of the server`s responses at Low Mass. Thus I met Daniel, an undergraduate from Liverpool Hope university who had only been to one Extraordinary Form Mass before and that just the previous week. Also George, a student in Leicester who was likewise most keen to learn. The enthusiasm of Fr John Cahill whose idea the day was is clearly infectious. A wonderful day and maybe something we should consider organising here in Gateshead.

Thanks to John Aron for the photos.
Posted by Fr Michael Brown at 22:17